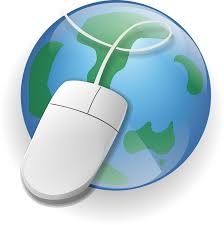 Hopefully you have had a good look around my blog, in one of my main pages I have linked websites which have a focus on my niche.I have tried to categorize the links, hopefully you should find it easy to pick which might be useful.

Many of the sites which offer content are obviously pay sites. If this blog does well, hopefully I will be able to pay for access and let everyone know which are worth paying for!

If you are reading this as a owner of a TSGG content publisher then I would love to hear from you. Please feel free to contact me on contact@tsggonly.com.

The series ran for three dvds, produced between around 2007 and 2009. My favorite scene of the series featured one of my favorite actresses Milly Amorim. Milly manages to show great passion in her scenes which stands out with some of the less enthusiastic performances found in the series. I may consider writing a post just for her in the future, keep checking out this blog for updates.

Produced by ‘Exquisite’, this mainly featured ladies from South America. There were only four dvds in the series with the first produced in 2006 and the last finishing in 2008, the series run was short.

Do you remember the Transsexual Beauty Queens Series? If not that then it’s worth a look.

The series was directed ‘Roy Alexandra’ and seem go through a number of producers, firstly being ‘Blue Coyote’, then ‘Androgeny’. Unfortunately the series seem to dry up in 2008 after a few released hashed together from existing content.

The series featured all sort of TS action, however a few episodes were dedicated to TSGG. For those who wish to avoid the rest of the stuff I would concentrate on releases numbered 25, 27, 29, 32 and 37.

I hope to write a little about some of my favorite scenes from this series in the future!

This website contains material that maybe unsuitable for visitors of certain ages. Please confirm using the buttons below that you are a legal age to view this content.